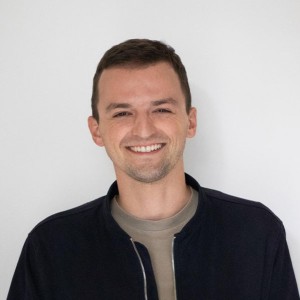 I help businesses with my knowledge and experience. I might know a thing or two about technology, marketing, strategy, branding, and growth.

How do they say it — the hardest part is to start? If you have ever been a part of a startup team, then you already know all the painful truths of #startuplife — there’s never enough time, nor team members and definitively no money in the beginning. However, that’s exactly what makes it so exciting in the first place. In this blog post I will try to explain how the “Growth hacking” digital marketing model can help startups to scale quickly and efficiently enough to survive the most vulnerable period of their businesses.

Usual marketing departments in usual corporations have almost unlimited budget (in millions), and the whole marketing team by their side: creative director, art directors, designers, copywriters, social media managers, data scientists, ad specialists, etc. You don’t have all of that, and you need to stop thinking of marketing in traditional ways. Marketing is much more than a classic advertising campaign. When you’re a startup, you need to be more innovative in your marketing efforts than your initial business idea that made you build a startup. But how?

Like the word says itself — growth hacking aims to hack the growth. It’s a pretty straightforward definition. You “hack it” by combining creativity with data and automation. The goal is to achieve the fastest possible brand growth with the least needed investments in a form of time and money.

You really don’t need a marketing department to execute it because it’s far more simple than a full-scale marketing campaign, and sometimes you won’t even need a person to do it — if you fully automate it. You can achieve great results with something that resembles a “basic thing, wow how I didn’t thought about it” if timed right and executed flawlessly.

There are plenty of startup success stories that involve growth hacking approach, but I’m sure you’ve heard of these two ex-startups — now corporations. Both examples include the perfect mix of creativity, data and automation.

In 2010, Craiglist had one thing that Airbnb didn’t — a large user base. Craiglist was also a place where people who wanted something different from a conventional hotel experience looked for. In other words, Craiglist was the ideal target market for Airbnb. In order to attract users from this market, Airbnb implemented an option to share the listing on Craiglist as well. From a technical standpoint, it required a few things, albeit not so easy to execute properly:

As the result, Airbnb listings on Craiglist were much more personal, used better photos and descriptions, which started the epic overflow of Craiglist’s users to Airbnb.

Airbnb had more than one growth hacking venture into Craiglist, including email harvesting and spamming users to list their homes on Airbnb as well. Finally, all of this resulted in Craiglist blocking Airbnb’s domain, but the goal was already achieved!

Dropbox hacked growth multiple times, in different ways, but I will focus here on one example that I believe was the most effective. All of us encounter numerous call-to-actions like “follow us on Instagram”, “like us on Facebook” and etc. We see it on websites, in commercials, on local business’ front doors and so on. Because of that we kinda phased it out of our attention over time. It’s so common and ever-present that we don’t care about it anymore.

However, Dropbox came up with a pretty nice incentive which is also aligned with their core service, making it a great growth hacking effort. They’ve offered extra space on their cloud storage to each user that did pre-defined actions on social media as requested, gamifying the whole process in order to make it even more attractive to users. Effectively connecting social media via the API back to Dropbox, they stopped users unfollowing them if they still want that earned extra space.

Before you start implementing the growth hacking model, remember these three lines:

Outside the box creativity

You don’t have time and money to compete with the well-oiled corporate marketing machinery. They have a specialist in each marketing discipline and when it comes to mainstream stuff, they will always do it better than you. However, they don’t (mostly) have the agility, innovation, and desire of a startup team. This is where your advantage lies in.

Always seek unconventional solutions, never-seen-before campaigns, and most importantly — don’t be afraid to experiment, because there is nothing to lose. If you don’t try it, you won’t even know if it would work.

Data is your friend, try to forget almighty “gut feeling”

You’ve probably heard multiple times that you have to trust gut feeling in some situations. Well, trust me, no matter how good is your gut feeling, data is just plain better. Let me re-phrase it like this: it rained yesterday. Would you rather go outside today without an umbrella because you have a gut feeling that it won’t rain or would you first check the weather report?

Data lets you make decisions with almost 100% certainty. Of course, if you cannot obtain good data try to at least guide your gut feeling with some solid info. And, trust me, you can always get a hand on some solid data over the internet.

Perhaps the most important part of every growth hacking strategy, automation, is the key component that lets you save your precious time in order to focus on the bigger picture. I would argue that you cannot call something a true growth hacking project if it’s not automated by a certain degree. Why? By automating the less creative-driven parts of the process, you allow yourself to focus on the strategy and, in the end, to come up with more genius ideas that could be translated into the another growth hack.

After all, it’s the perfect combination of creativity, data and proper automation what differentiates the best from the good ones. Think what would work out in your case and always try to adapt to the situation. You’re a startup, innovate!

Do you have any suggestions or do you want me to write about the specific topic? You can always reach me out via the contact form!

Can AI be creative?

Reading Time: 3 minutes So here it comes – the overarching question many people in tech debated over the last few months. Can AI be creative? In this post, I will explain my stance and see how some of the most prominent AI systems respond when prompted about their creativity.

Reading Time: 2 minutes The word “deadline” is overused in modern jargon. I’ve been hearing it everywhere, all the time. Yet, we are so bad at meeting deadlines, especially self-imposed ones. Why do we tend to set unrealistic deadlines? How to make them more accurate? Do we even need them?